To first-time homeowners, small often means sustainable. A well-designed and thoughtfully laid out small space can also be stylish.

Not to mention that small homes also have the added advantage of being budget-friendly and energy-efficient. As large numbers of young homeowners enter the housing market, they’re looking for less expensive and low-maintenance choices. Their focus is on a smarter home rather than square footage.

The utility of small and tiny homes is part of a broader trend towards minimalism and simplicity. However, a small or tiny house plan challenges homeowners to get creative and learn how to maximize their space without compromising on lifestyle. 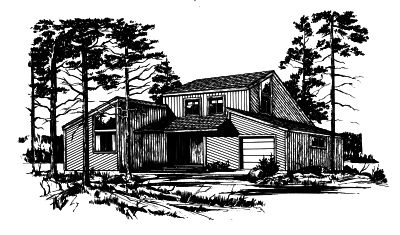 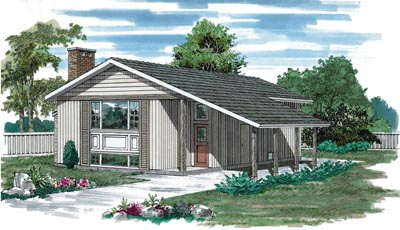 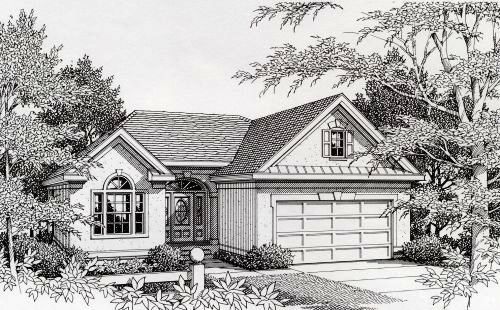 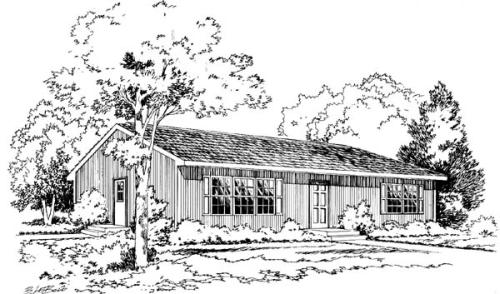 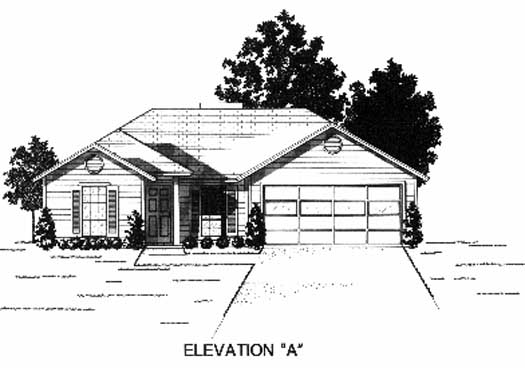 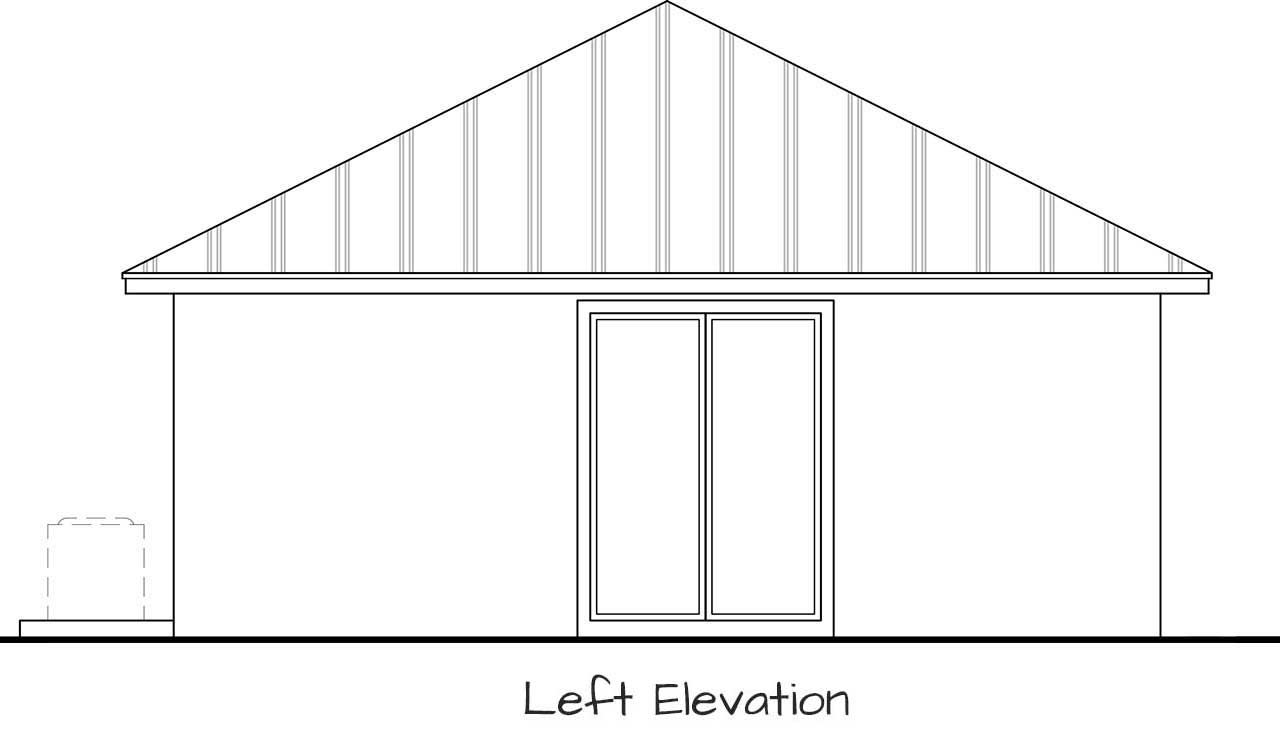 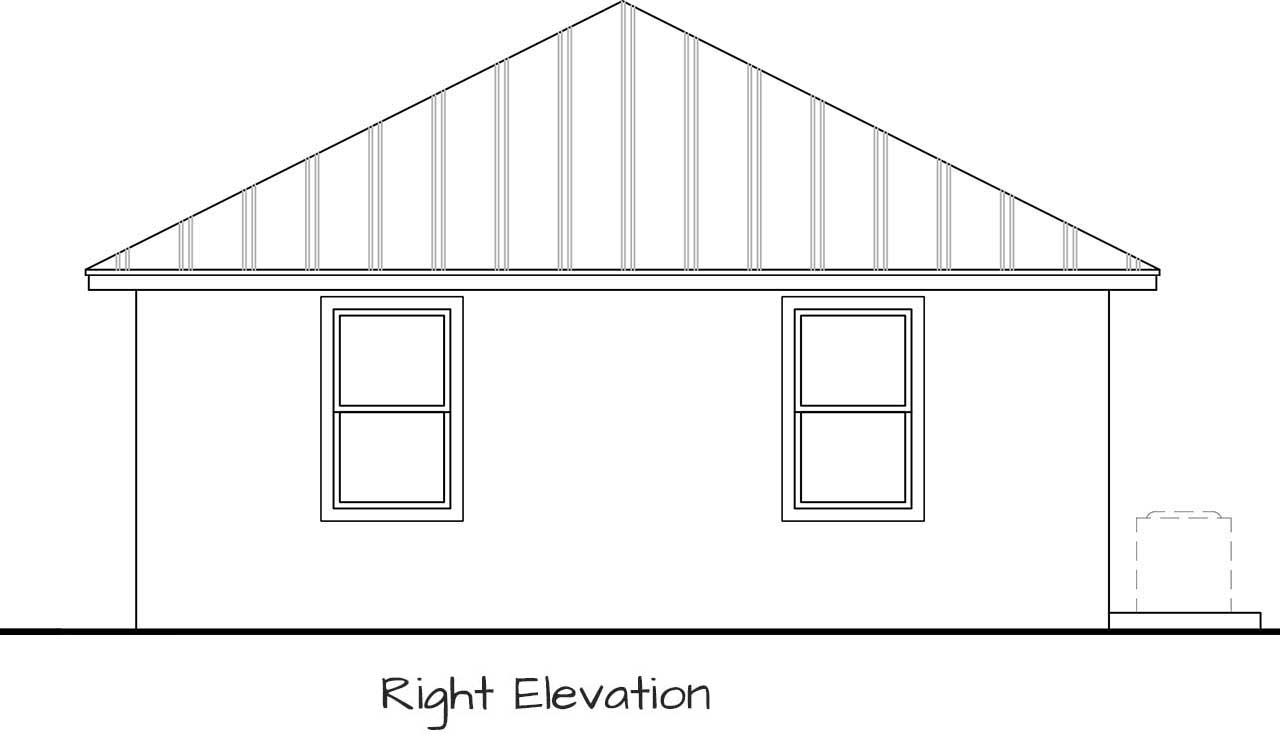 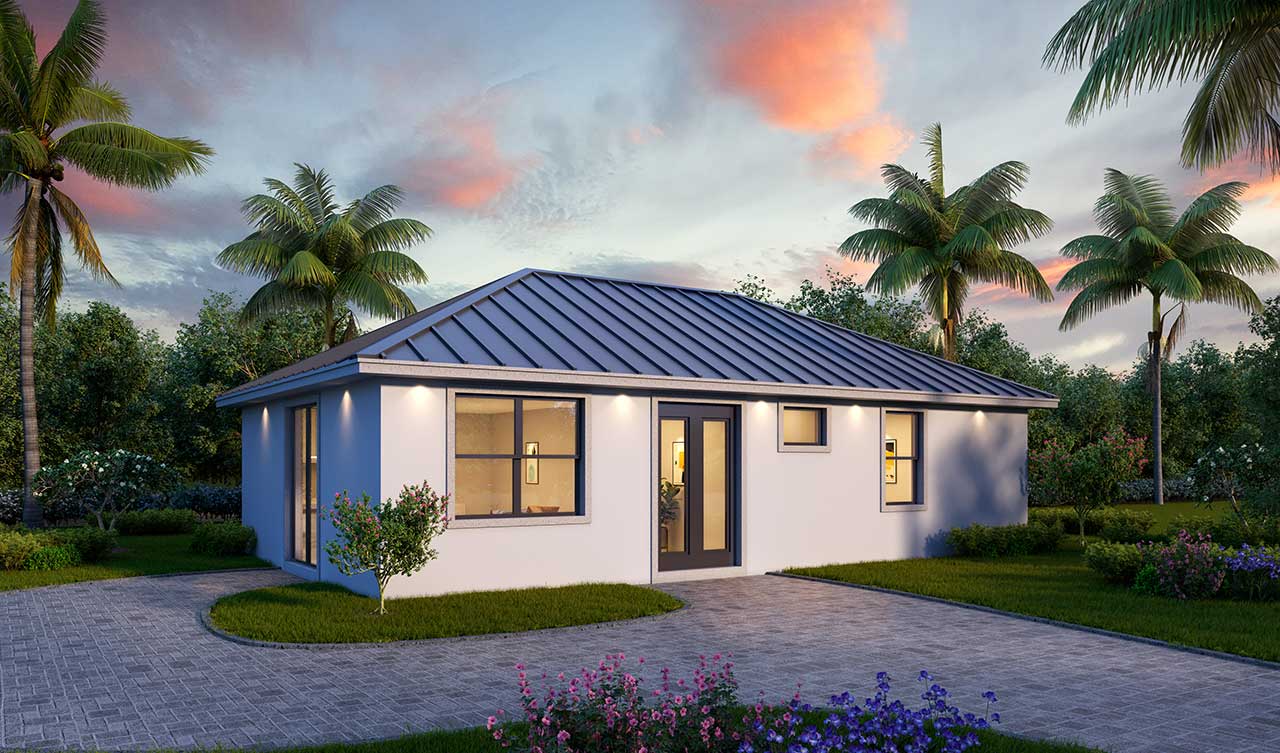 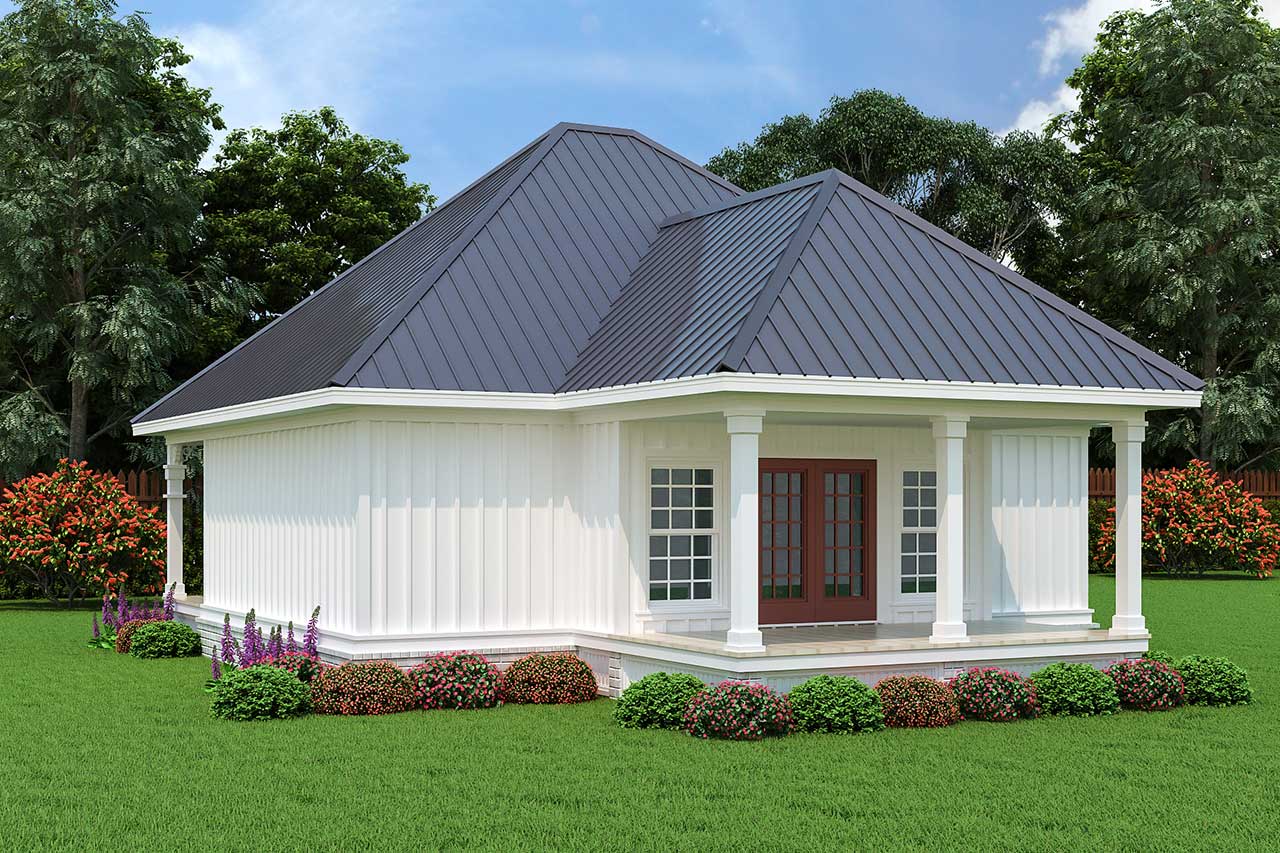 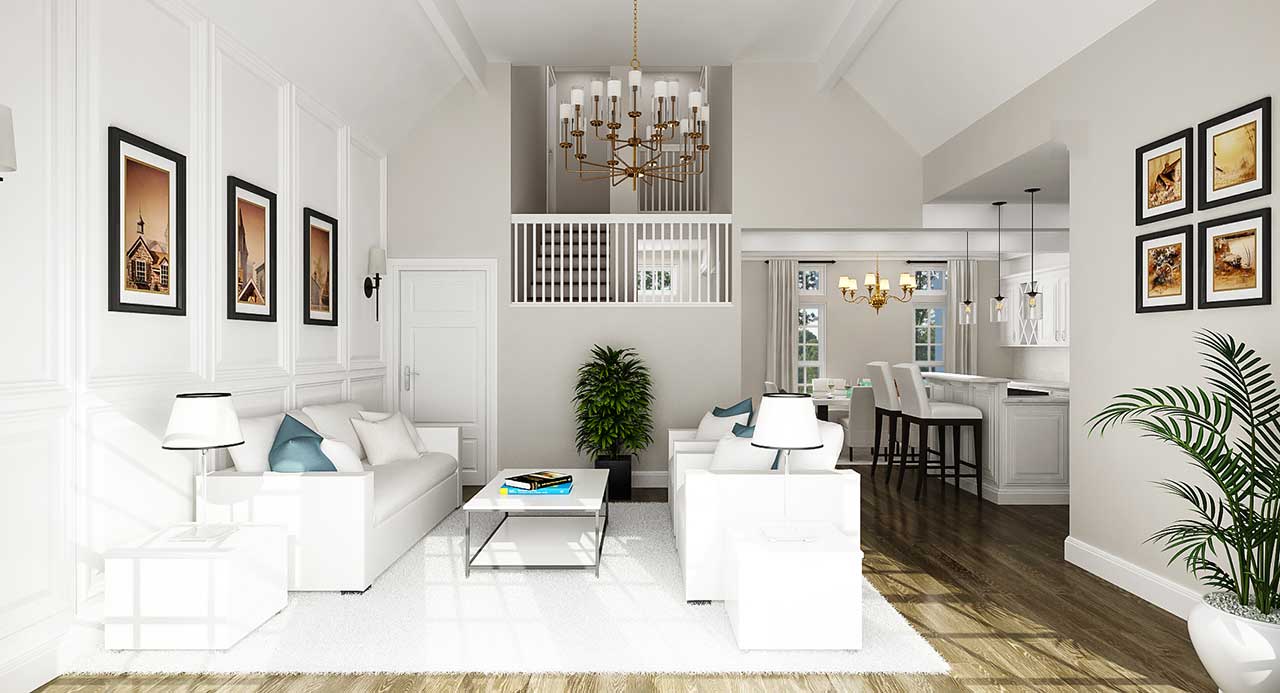 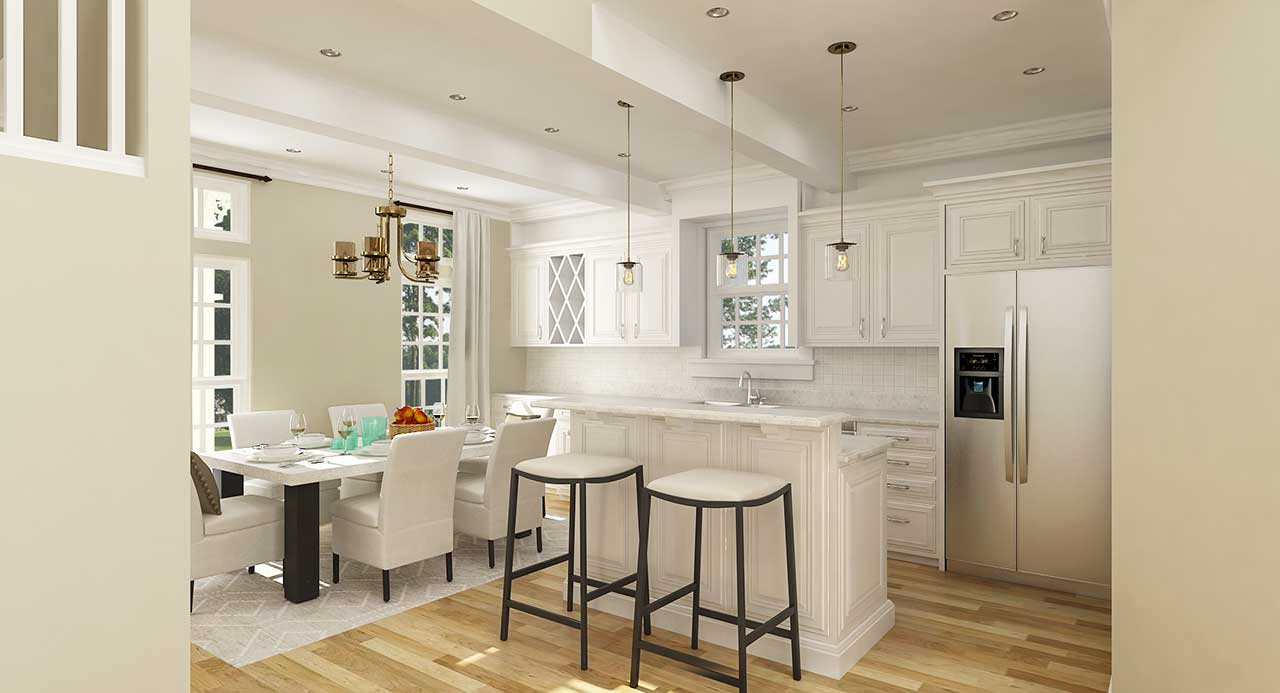 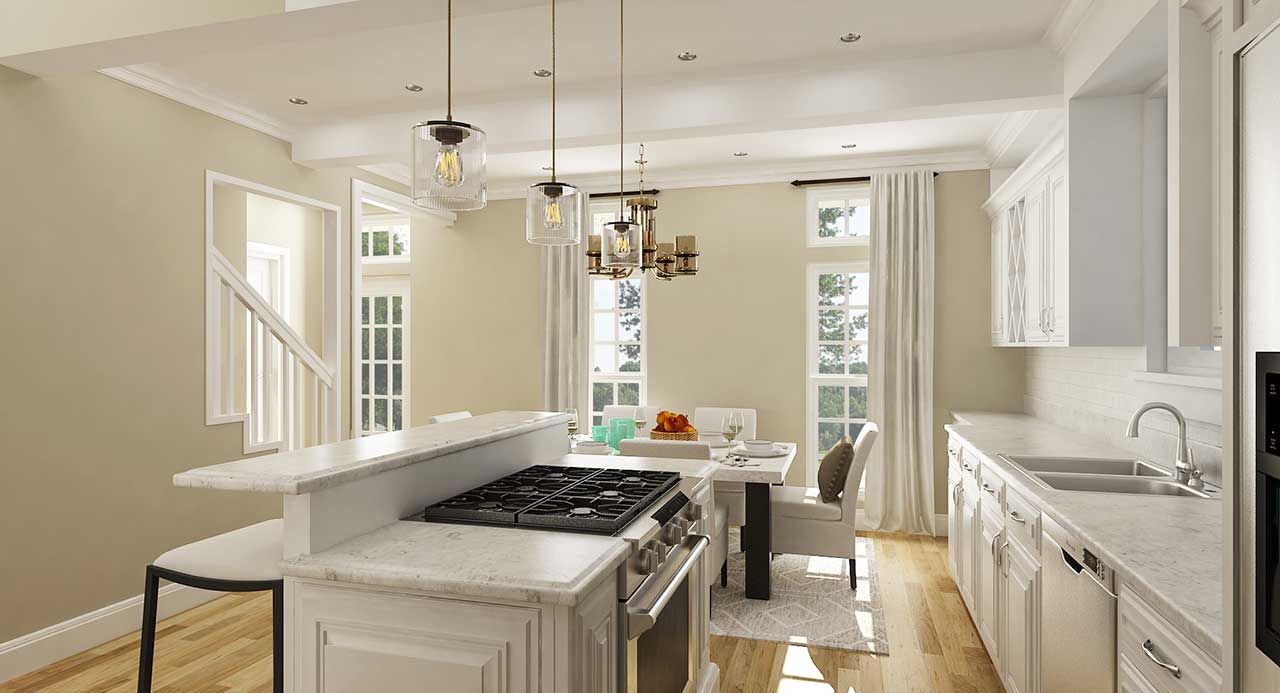 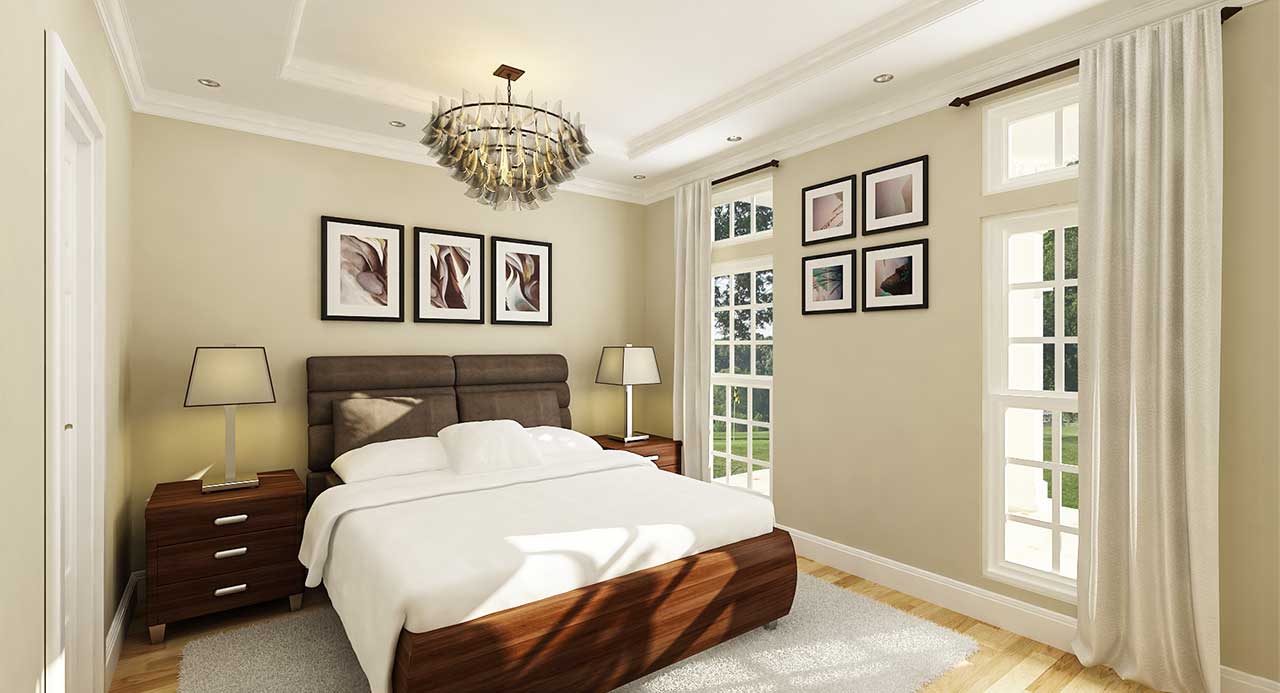 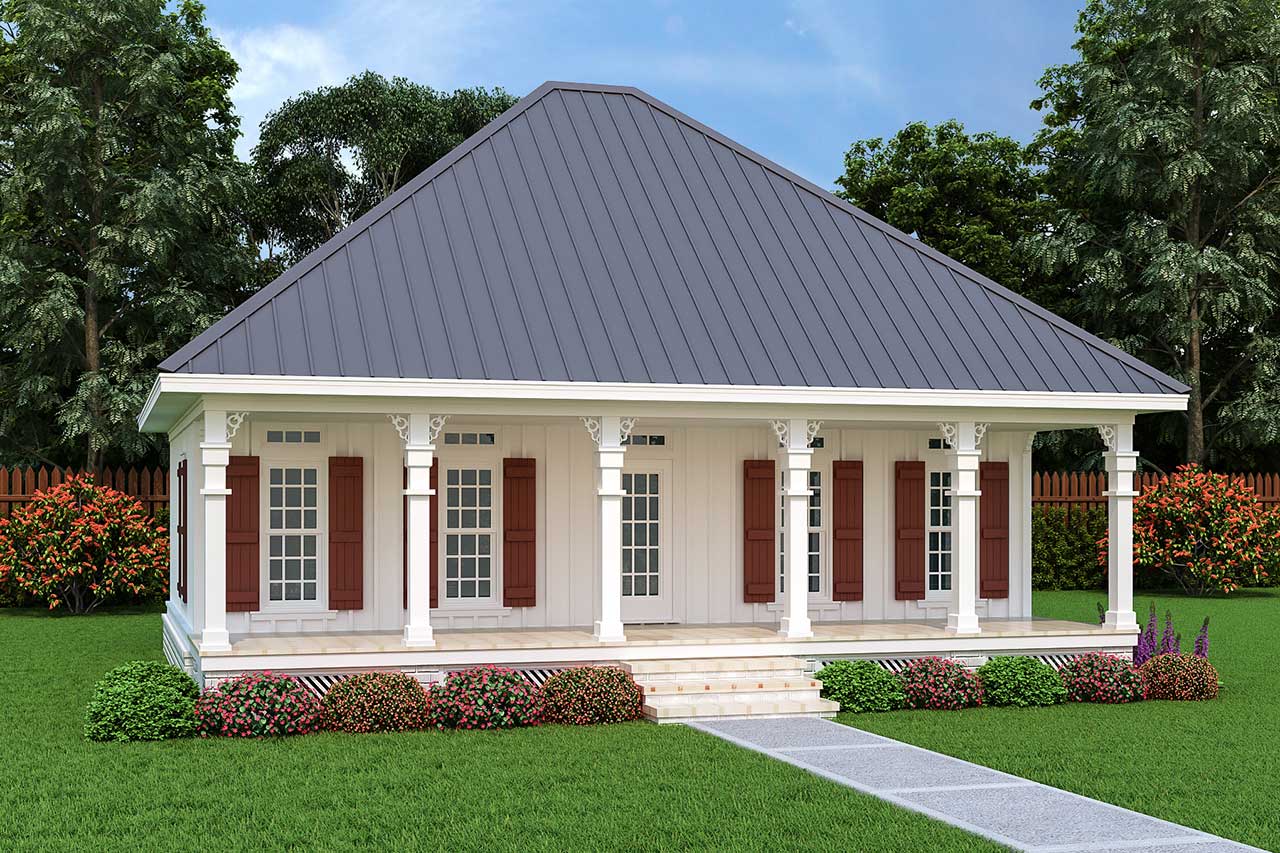 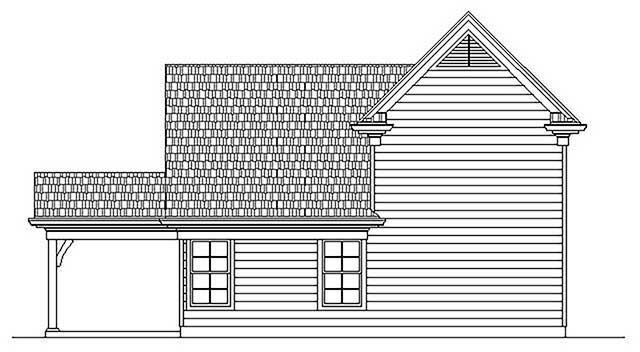 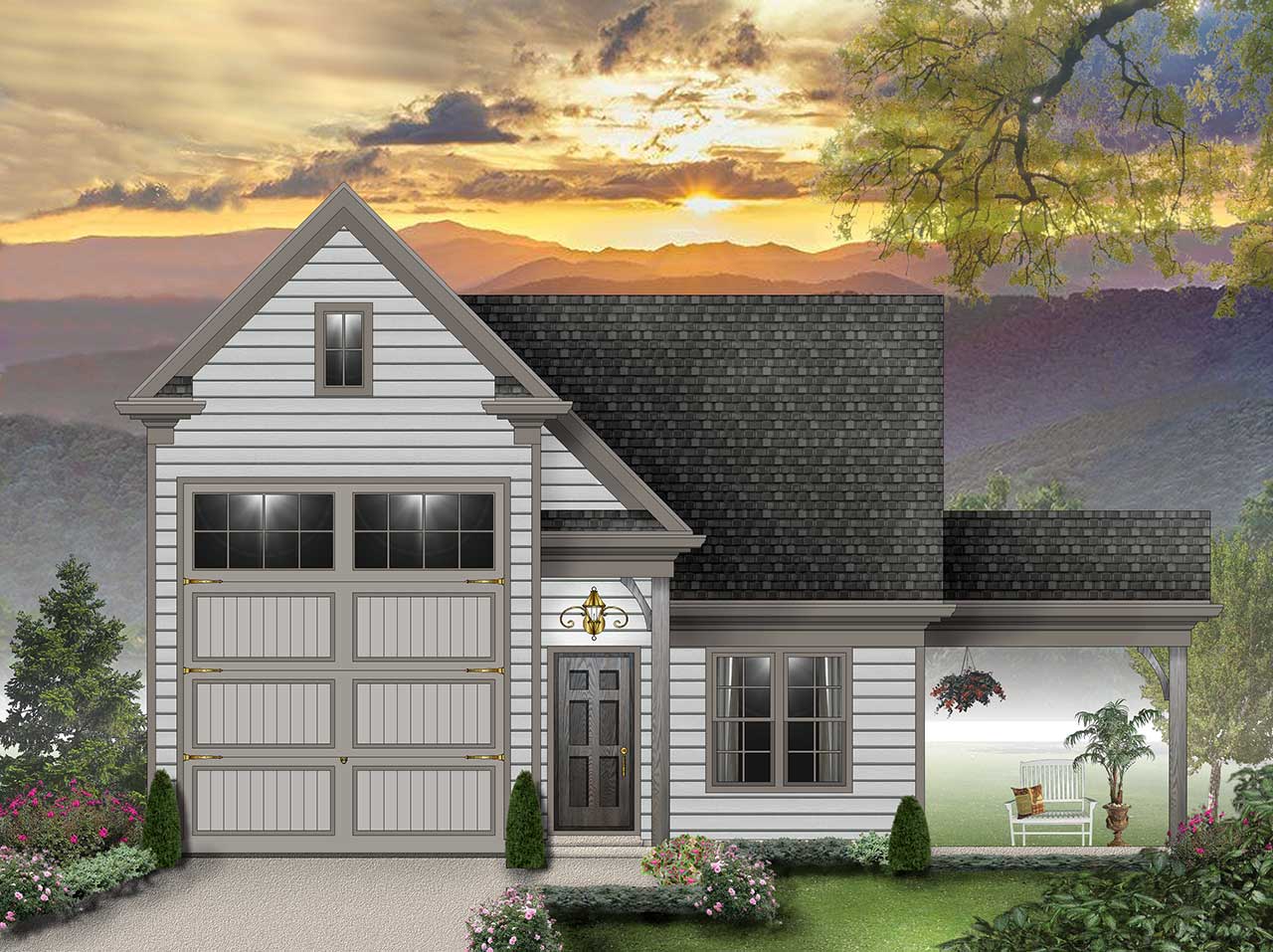 What is a Small House?

Small and tiny homes have occupied the American imagination for a long time.

The foundation of the movement, can actually be traced back to Henry David Thoreau’s 150-square-foot cabin built near Walden Pond in 1854. The quintessential American author who extolled the virtues of self-reliance also found that modest living was the best to spark the creative faculty and nurture a deep reverence for the human spirit.

Small houses continued to enthrall designers and architects. If you look around, you’ll see that the small house was a living necessity, even though populations were smaller and much more spread out. Traditional yurts, bedouin tents, and even the trulli houses of the Puglia region in Italy. 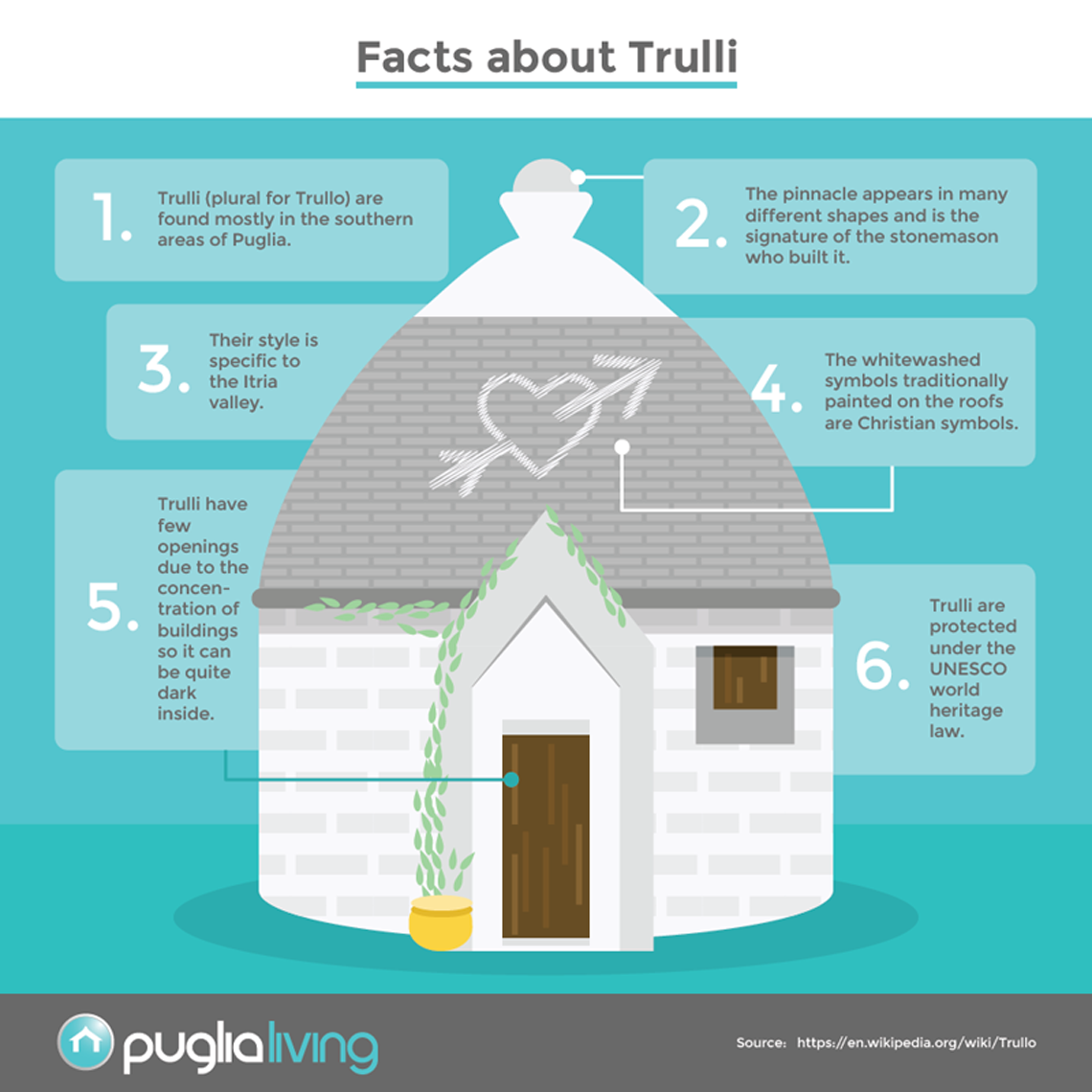 Once homeowners in Portland, Oregon could legally build “ADUs” or accessory dwelling units on their personal property in 1997, the floodgates opened for the tiny house movement across the country.

Over the next two decades, several businesses and nonprofits dedicated to a wide variety of tiny houses began to spring up. From Jay Shafer’s mobile-tiny-home company, “Tumbleweed Tiny House,” to the collective foundation, “Small House Society,” and the setup of the American Tiny House Association in 2015, small houses picked up big steam.

In 2016, however, the International Code Council (ICC) officially recognized tiny houses as part of the IRC or residential code. This put tiny houses legally on par with regular-sized homes, and in the U.S., Idaho became the first state to embrace the relaxed code regulations for small houses. Under this provision, homeowners of tiny houses could receive a Certificate of Occupancy for their house as long as it followed code regulations.

In a super-sized world, small houses are becoming increasingly popular. But it’s important to make sure that the small house floor plan you’re looking at feels like a home and not a glamorous but temporary camping or cottaging experience.

Not every small house plan is created alike. Unlike many other styles such as ranch style homes or colonial homes, small house plans have just one requirement: the total square footage should run at or below 1000 square feet in total. Some builders stretch this out to 1,200, but other than livable space, the sky's the limit when it comes to designing the other details of a tiny home.

This means that if you’re an eco-conscious family, you can opt to put in compost toilets. Or, if you prefer A-frame style houses, then you’ll need to install a loft to divide sleeping areas between parents and kids. Spaces within a small house floor plan really promote innovation — it’s surprising how a kitchen island on wheels, for example, can transform into a dining table.

Floor plans for small houses include standard rooms, including:

Small or tiny house floor plans feature compact exteriors. Their inherent creativity means you can choose any style of home and duplicate it in miniature proportions. Colonial style designs, for example, lend themselves well to the tiny house orientation because of their simple, rectangular shape. 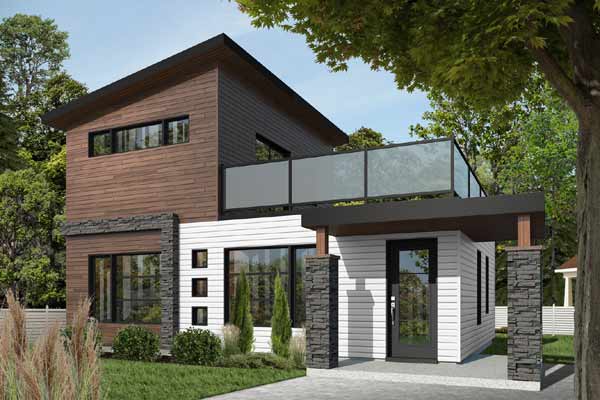 Small or tiny houses also work well with the A-frame, a popular minimalist choice for individuals who like plenty of sunshine streaming through their tiny houses. Small, A-frame houses often feature a striking, sloped roofline, impressive stone chimneys, wide porches or wrapping decks, and an upstairs area that is open-to-below.

Regardless of which style homeowners choose for their small houses, exteriors can include:

The interiors of a small house are as open to interpretation as the exteriors. Because of the confines around square footage, the interiors usually feature open concept rooms — such as a master bedroom and flows directly into the master ensuite with no door — or a kitchen that combines the living room area with a small breakfast nook providing a break. If there are hallways, these spaces include furniture that can double up or provide a functional transition. 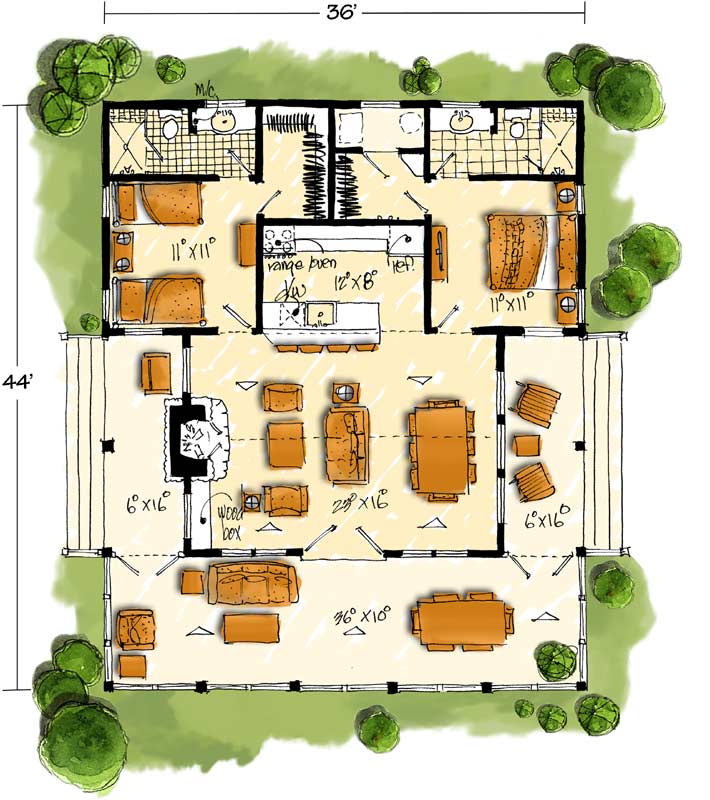 Many small house floor plans only feature one floor. However, families who want a bit more space, or those who prefer a physical division, can adopt floors plans that include an upper level or a basement level.


These additions make the house stackable and provide relief to growing families who may need some quiet time to relax. The houses can still be built on a narrow lot and maintain their compact size.

The Sudden Resurgence of Small Homes

The popularity of the small house movement is a confluence of factors: skyrocketing rent prices in many cities, cost barriers to affordable home ownership, a greater number of individuals working remotely, and a cultural shift toward eco-consciousness, sustainable design, and energy efficiency.

The small or tiny house movement also took on new dimensions when they became a means to travel the country or be mobile with one’s home. Many tiny house proponents convert RVs and mobile homes, or even shipping containers placed on wheels, and use these as a permanent residence.

Generally, those who aspire to own or build their own small or tiny house fall in one of three categories: young couples who want a more flexible lifestyle, older homeowners who are looking for more affordable options, and empty nesters or retirees who want to downsize and live lightly.

Even though small houses are a practical and creative solution, there is a legal distinction between those built on wheels and those built as a permanent residence on a piece of land. The 2018 IRC ruling makes small houses more visible and easier to build, but in many states there are laws against building a house on wheels.

It’s complex, so the simple version is that most states prohibit making any dwelling with wheels your full-time, permanent residence. Instead, a “house on wheels” counts as a RV or recreational vehicle, and it should prominently feature a license plate. However, a tiny or small house built on a foundation, in a single location, has much more relaxed building terms. While some states consider tiny or small houses an accessory dwelling unit (ADU), others like California, Colorado, Oregon, Florida, Texas, and more, have highly flexible zoning and building codes. These regulations allow small house floor plans as a traditional, single-family unit.

How to Make a Small House Design Work For You

Making a small house design for work for your family comes down to whether you’re willing to take charge of a floor plan’s details. You’ll need to choose interior furniture and make design choices that will power up your spaces and make them multi-functional. There are many advantages to modifying a small home space to suit your family’s specific needs, and the best way to customize your building process is to choose Monster House Plans.